Philip Pearlstein was born in Pittsburgh, PA, in 1924. Before and after army service during the Second World War he studied at the Carnegie Institute of Technology, receiving his BFA in 1949. Upon graduation he moved to New York City where he pursued work in graphic design while undertaking graduate studies at New York University’s Institute of Fine Arts. In 1954 Clement Greenberg selected his work for a show at the Kootz Gallery, New York, titled Emerging Talent; and in 1955 Pearlstein opened his first one-man exhibition at the Tanager Gallery. In 1958 Pearlstein was awarded a Fulbright grant, which supported a year of travel and painting abroad, passed mostly in Italy. In September 1960 a one-man exhibition of his paintings and drawings was held at the Allan Frumkin Gallery in Chicago, following by another at Frumkin’s New York gallery in the spring of 1961.

Pearlstein is a frequent contributor to major art journals of analytical articles on contemporary art. He also has been a dedicated teacher throughout his career, first at Pratt Institute, Brooklyn, New York, 1959-63, and then Brooklyn College: he joined in 1963, was appointed a distinguished professor in 1977 and retired in 1988.

Among Pearlstein’s honors are a National Endowment for the Arts grant, 1968; a Guggenheim Foundation fellowship, 1969; and election to the American Academy of Arts and Letters, 1982. He served as President of the American Academy of Arts and Letters from 2003 -2006.  He has received honorary Doctorates from Carnegie Mellon University, Pittsburgh; Brooklyn College; Center for Creative Studies and College of Art & Design, Detroit; New York Academy of Arts, New York; Lyme Academy College of Fine Arts, CT.

In 2004 Pearlstein received The Benjamin West Clinedinst Memorial Medal, The Artists Fellowship, Inc., New York, and in 2005 The Adolph & Clara Obrig Prize, The National Academy, New York. In 2008 he received a Lifetime Achievement Award, National Academy, New York, and the Scholastic Distinguished Alumni Achievement Award. In 2010, he was awarded Artist of the Year, American Friends of the Tel Aviv Museum of Art, New York. In 2017, he was awarded the Icon Award in the Arts, Bruce Museum, Connecticut. 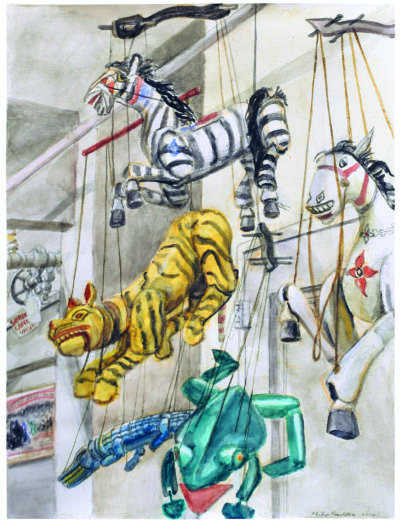