Sir Peter Blake RA is one of the best-loved artists of his generation, working as a figurative painter, collagist, sculptor and printmaker. He was born in 1932 in Dartford, Kent, and attended the Royal College of Art in London from 1953 to 1956. By the time he featured in Ken Russell’s BBC Monitor film Pop Goes the Easel in 1962 he was already a key and influential member of the Pop Art movement. After living from 1969 to 1979 in Avon, where he and his first wife were founder members of the Brotherhood of Ruralists, he returned to London, marrying the artist Chrissy Wilson. He was elected an RA and a Royal Designer for Industry in 1981, and two years later was awarded the CBE. He was made associate artist at the National Gallery in 1994 and was knighted in 2002. Retrospectives of his work have taken place in Amsterdam (touring to Hamburg, Brussels and Arnhem in 1973-4), at the Tate Gallery in London (1983) and at Tate Liverpool (2007, touring to the Museo de Bellas Artes in Bilbao in 2008). He curated an exhibition titled About Collage for Tate Liverpool in 2000, and his own highly inventive collages have reached an audience of millions, most notably the cover art of Sgt. Pepper’s Lonely Hearts Club Band. 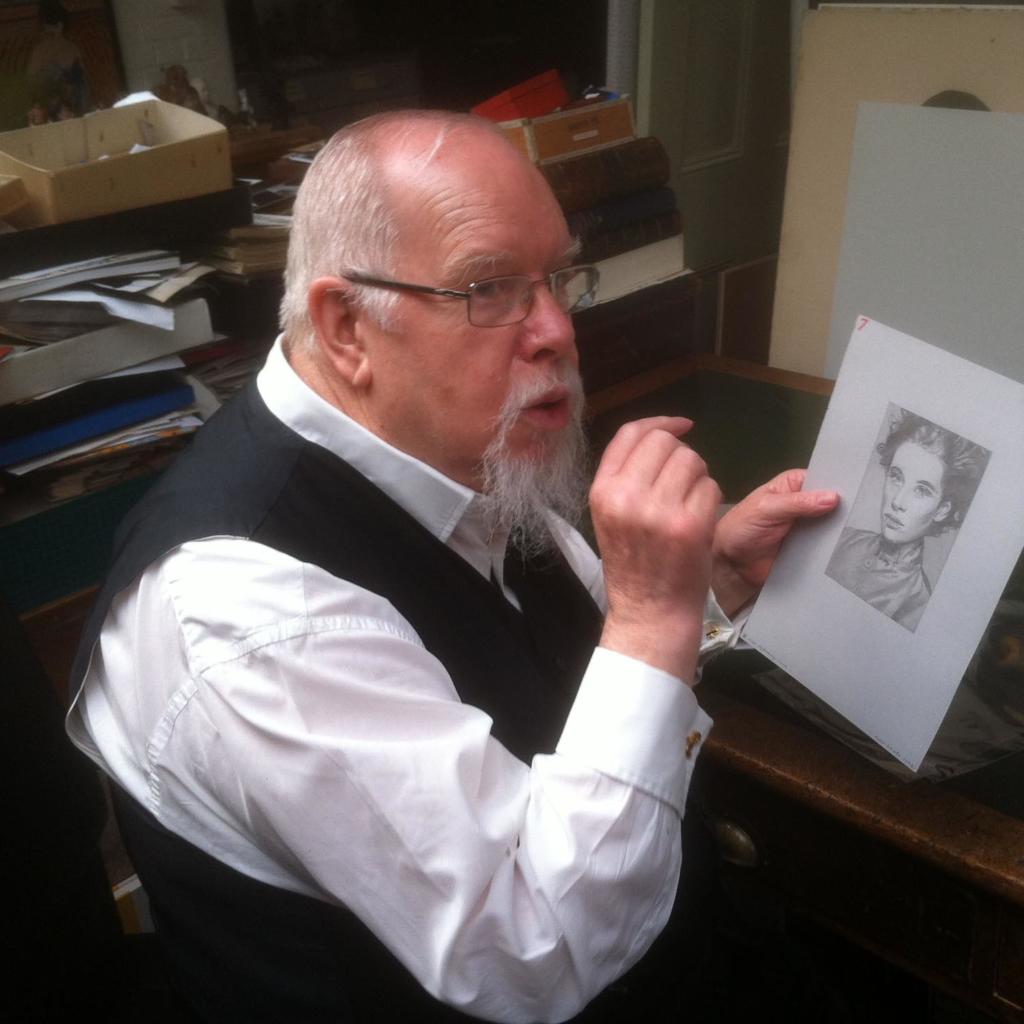