Artist: Caroline Walker
Date: 2018
Edition size: 35
Dimensions: 660 x 860mm
Medium: Lithograph
Format: Unframed
Brushwork is printed on Somerset Velvet White 300gsm at Paupers Press.
‘The lithographs in Sunset take their title and subject from a series of paintings which were exhibited in Los Angeles in early 2018. Although not directly related to any of the paintings, these prints follow the same logic, showing scenes from a day in the life of a semi-fictional character at her home in the Hollywood Hills. The model was a former Miss America contestant (Miss Colorado 1977) who, in part was the inspiration for developing the character that I imagined would live in this house and how she would spend her time there. There’s a strong sense of voyeurism across the scenes; of watching and being watched. The vantage point of the mirrored boudoir of Brushwork sees the protagonist in triplicate, intensifying this scene of self-management and observation. In this print she is seen alone, the object of our gaze, but in Bathed she looks back inside the house, perhaps to where we are situated, as though acknowledging the viewer’s gaze or perhaps another figure. The format of  the prints  is the same, intended to create an almost filmic sense of moving between different scenes but with an unclear narrative. Through this second series of lithographs I had a chance to develop my language with the medium, further utilising the interesting effects of layering plates to try and create scenes which reflect the rich colour of this Californian setting.’
CAROLINE WALKER 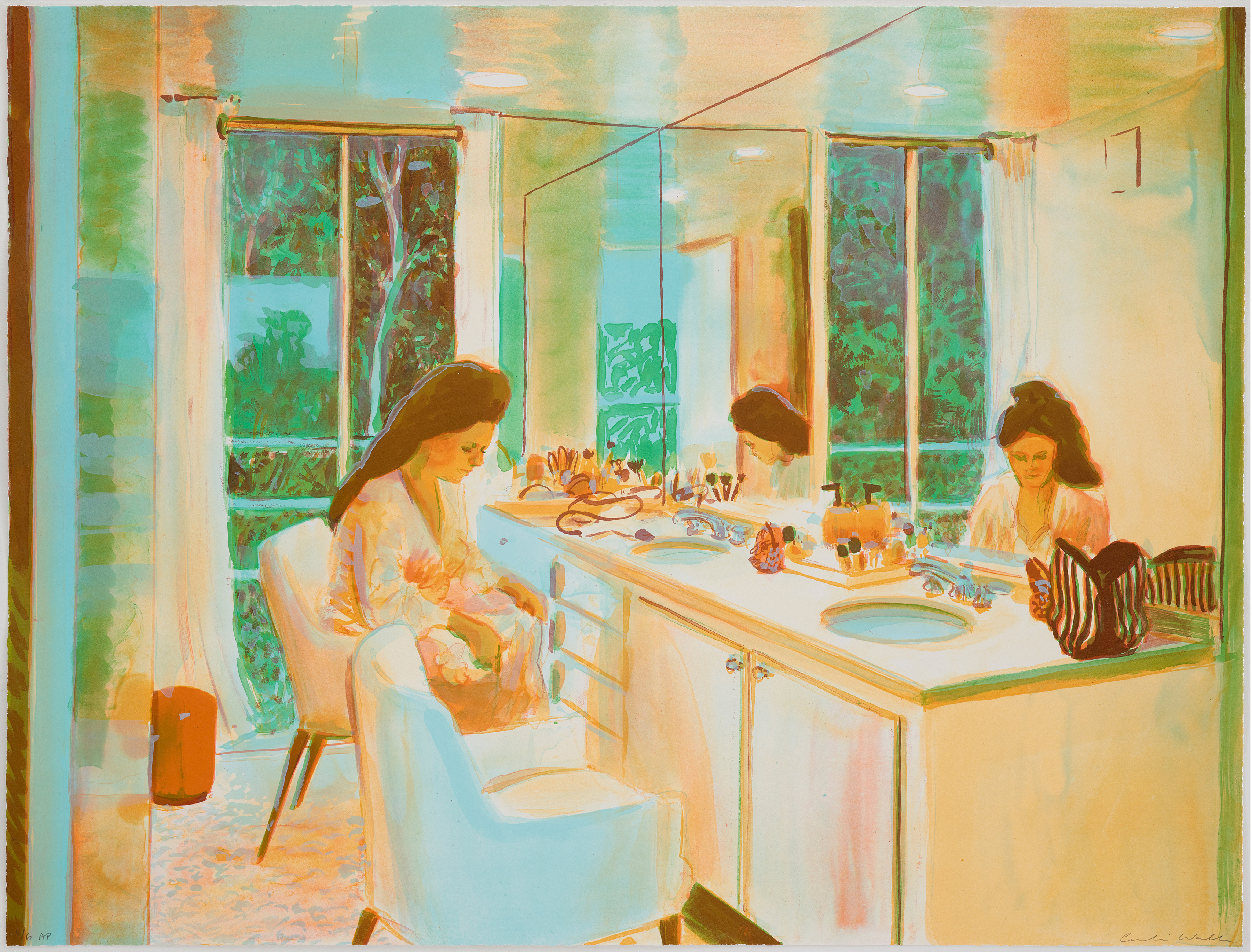 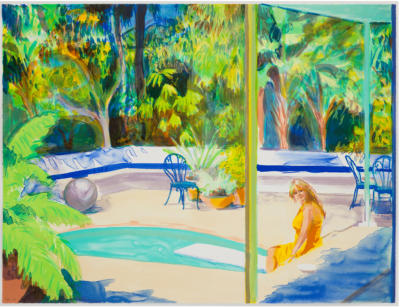 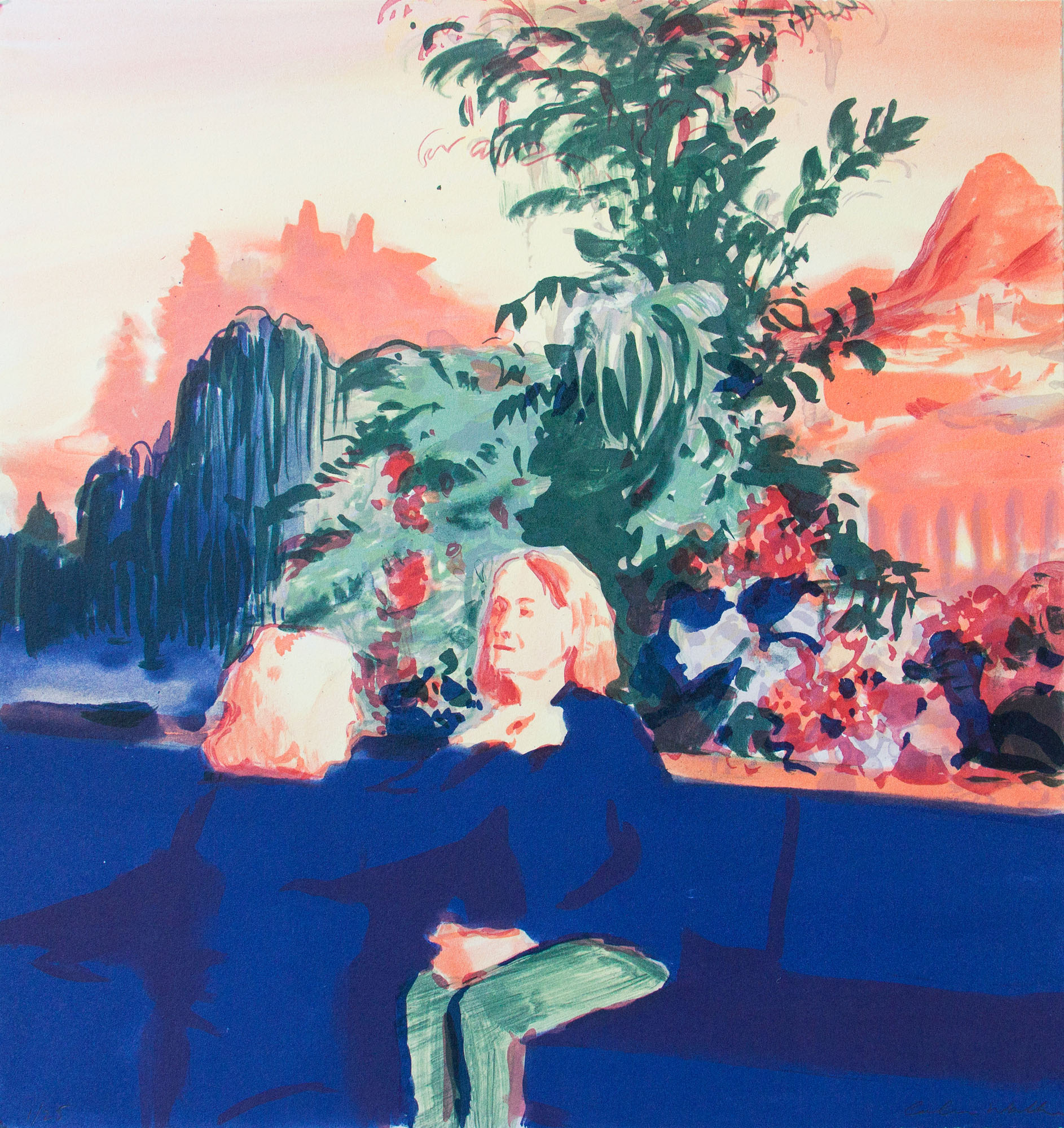