Tony Bevan RA (born 1951) is among the foremost figurative artists in the UK. A graduate of Goldsmiths College and the Slade School of Art, he has worked in London since 1976, exhibiting worldwide and having important shows at the ICA, London (1987-8), the Staatsgalerie Moderner Kunst, Munich (1989), Whitechapel Art Gallery (1993), Abbot Hall Art Gallery (1999 and 2003), the Israel Museum, Jerusalem (2003), IVAM, Valencia (2005), and National Portrait Gallery, London (2011). His work is in many international collections, including the British Museum; Israel Museum; Metropolitan Museum, New York; Moderna Museet, Stockholm; Museum of Modern Art, New York; Tate; Toledo Museum, USA; Whitworth Art Gallery; Yale University Art Gallery, USA. Bevan has often painted the human figure and since 1988 has also created self-portraits, including heads — a series which intensified in the late 1990s and early 2000s, both on canvas and also as etchings. In 2002, the year in which this etching was made at Paupers Press in London with the master printmaker Simon Marsh, Bevan had the first retrospective exhibition of his graphic work, stimulating him to make a new body of original prints. It was at this stage, too, that he made for Enitharmon Editions his etching Violet Interior, which accompanied the de luxe edition of Harold Pinter’s The Disappeared, a book illustrated throughout with facsimiles of Bevan’s etchings: https://enitharmon.co.uk/product/disappeared-poems-bevan-pinter/ 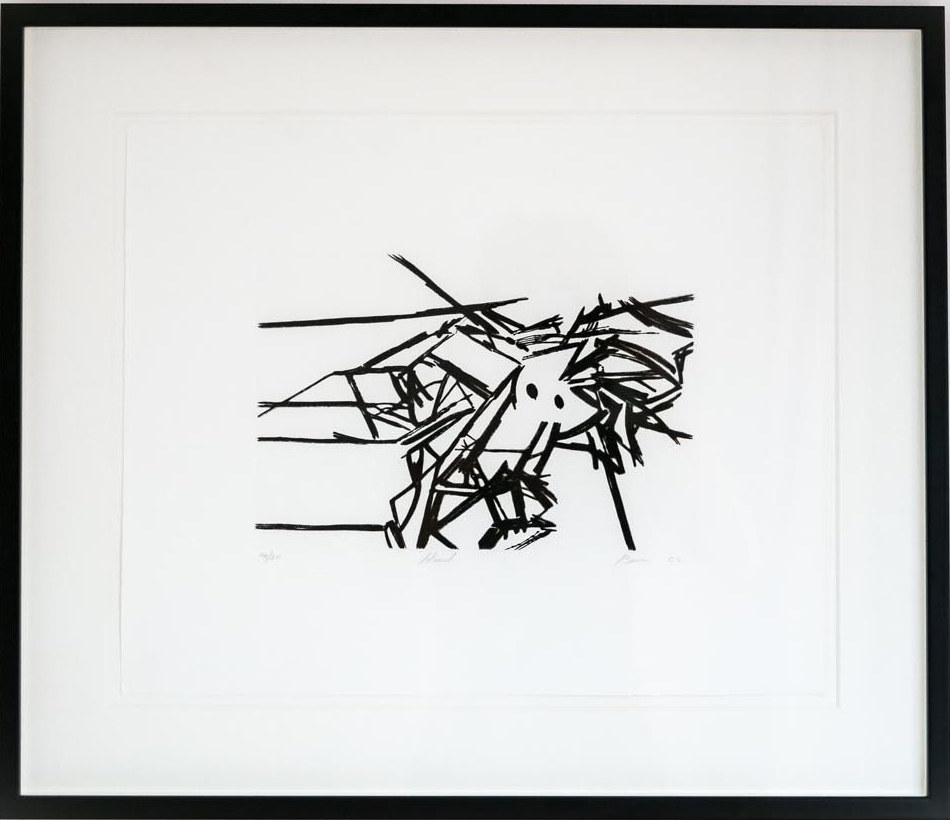 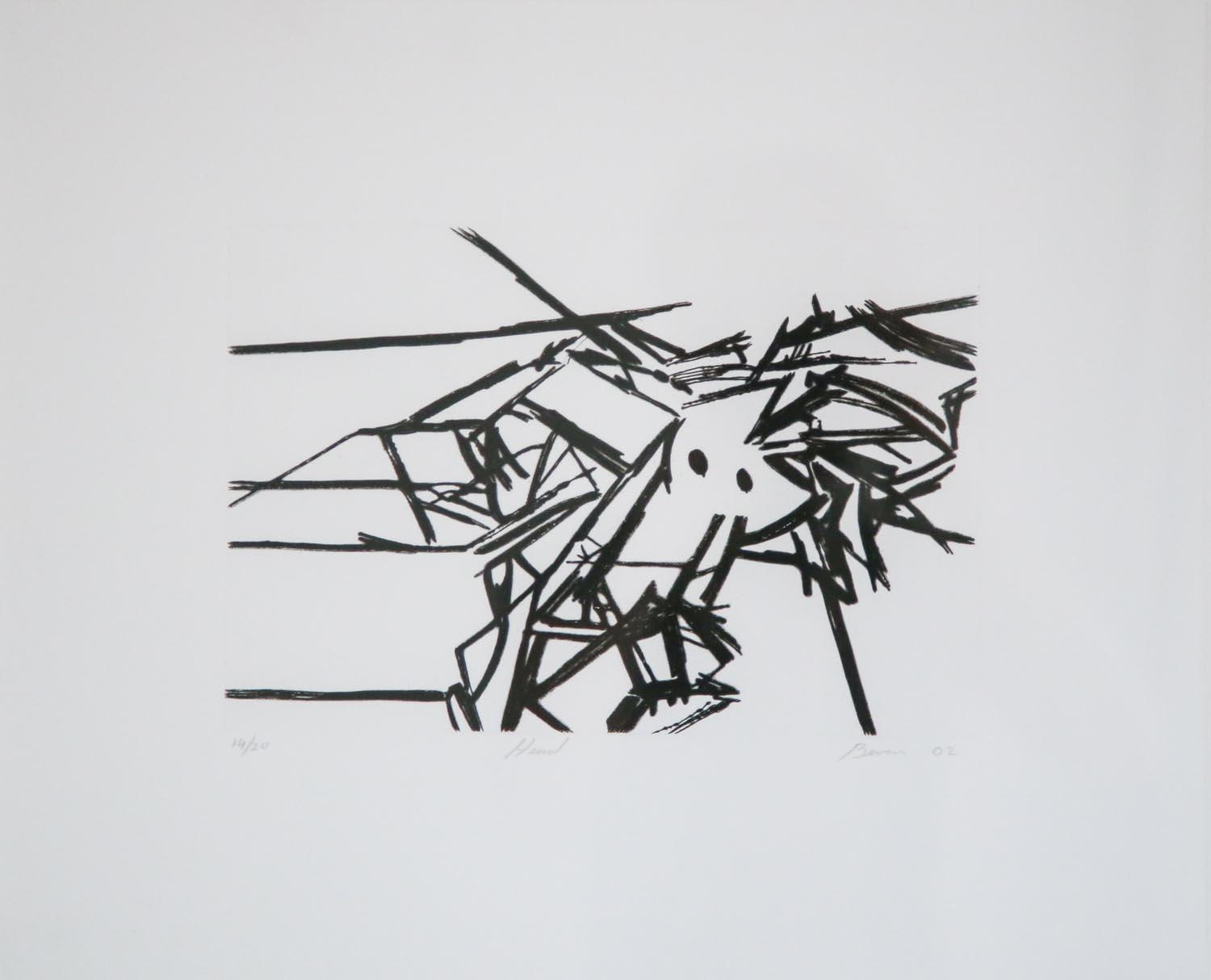 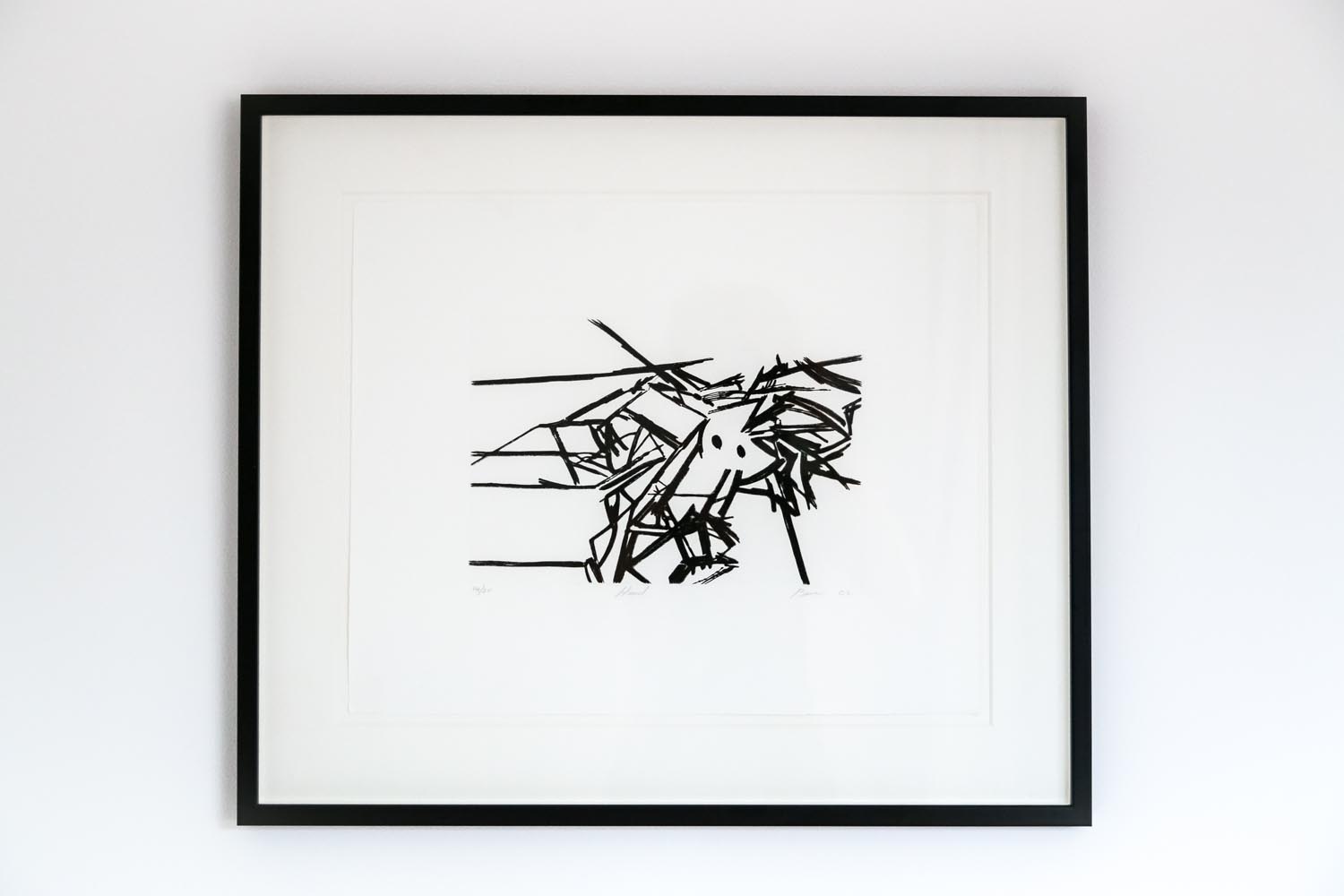