In 1927, a writer in the Radio Times declared it unsurprising that poets should write about radio. ‘…for the new magic, which pours the music of the concert room into the stillness of the cottage and brings the song of nightingales into the heart of Town, is the very stuff of poetry.’

That early fascination with the power of the invisible waves that transmit thoughts around the globe persists. It continues to draw poems from writers who find a kinship of both forms as purveyors of ‘pictures in the mind’. It therefore remains unique in the constantly evolving development of electronic media.

In 1988, Street was commissioned by BBC Radio 4 to write Radio – Ten Poems About Sound for National Poetry Day. As a result, this book came to be. It begins and ends in silence, containing in between the words, music, images and ideas of a medium which – like poetry – produces a potent partnership between maker and ‘tuner-in’. Here are poems which speak of the power of radio to pour hatred and dogma into the head and the heart. Alongside others which celebrate Test Match Special and The Archers. The favourite aphorism about radio that ‘the pictures are better because we collaborate in their making’ remains true. After all, we may hear with our ears, but we listen with our minds. 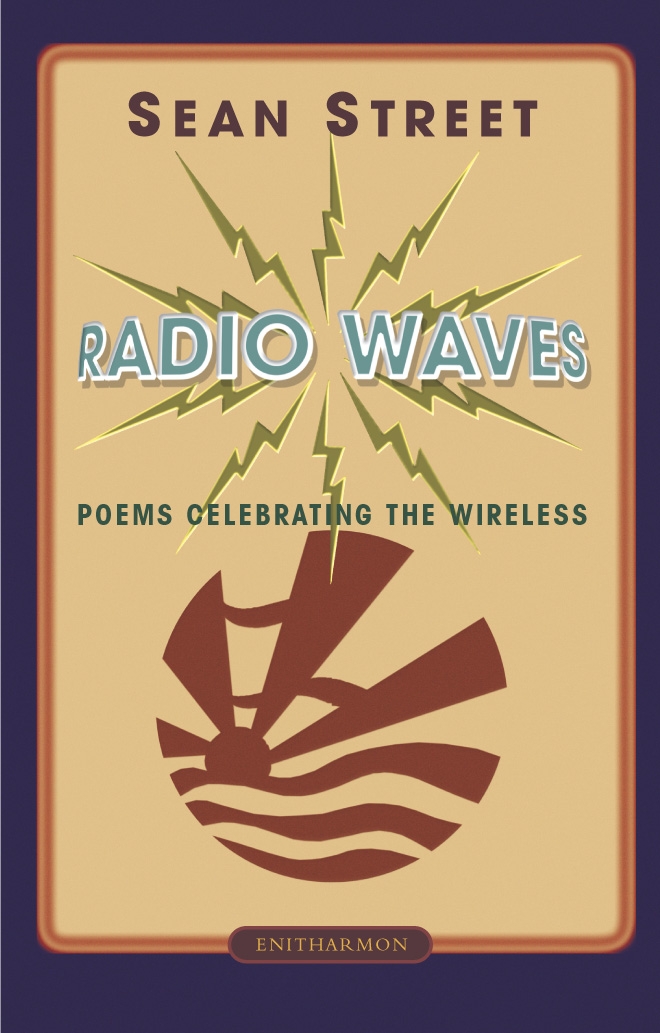