Stanley Donwood has partnered with life long collaborator Thom Yorke, also known by his pseudonym Tchock, for this year’s the Print and the Poem; an annual project co-published by Jealous and Enitharmon Editions, first initiated in 2015 and released as part of London Original Print Fair. Target Land  is a seven colour screenprint, beautifully presented in a bespoke gatefold 45 x 45cm record sleeve, with debossed text on both the front and back. The print is accompanied by a screenprinted poem, also conceived by the artistic duo and signed by both.

The artwork for Target Land, Nothing  was used as the reverse cover art for Kid A, the fourth studio album by Radiohead, released in 2000. The dark and chaotic landscape is immediately recognisable as part of this body of artwork, which is now being revisited over twenty years later, with Christie’s presenting six paintings by Donwood created during the period 1999-2001 in their 2021 Post-War and Contemporary Art Auction. Donwood describes their collective ideas behind the portfolio; “We started to use the computer to collapse geology into itself and to exaggerate mountains and gorges, to populate the landscape with stalking creatures like pylons that had come to life, with half-completed cartoon behemoths and floating red cubes, aerial swimming pools of blood.”

Stanley Donwood has been creating artwork for the band since 1996, after meeting Thom Yorke at University. While producing the artwork for Radiohead, Donwood listens to the album repeatedly for inspiration, “It gets under your skin and becomes like oxygen. I listen to it a lot, almost to the extent I need a breather by the time it comes out.”

In working on this project with Jealous, Donwood follows in the footsteps of a series of established Print and the Poem artists; Chris Levine, Rachel Howard, Jake & Dinos Chapman, David Shrigley, Gary Hume and Gavin Turk. The Print and the Poem series is being enthusiastically collected both by institutions and by private collectors, and it now forms part of the Victoria & Albert Museum’s Art Library Collection.

Target Land, Nothing will be released at the London Original Print Fair at Somerset House, Strand, London, WC2R 1LA, between 26th – 29th May 2022. 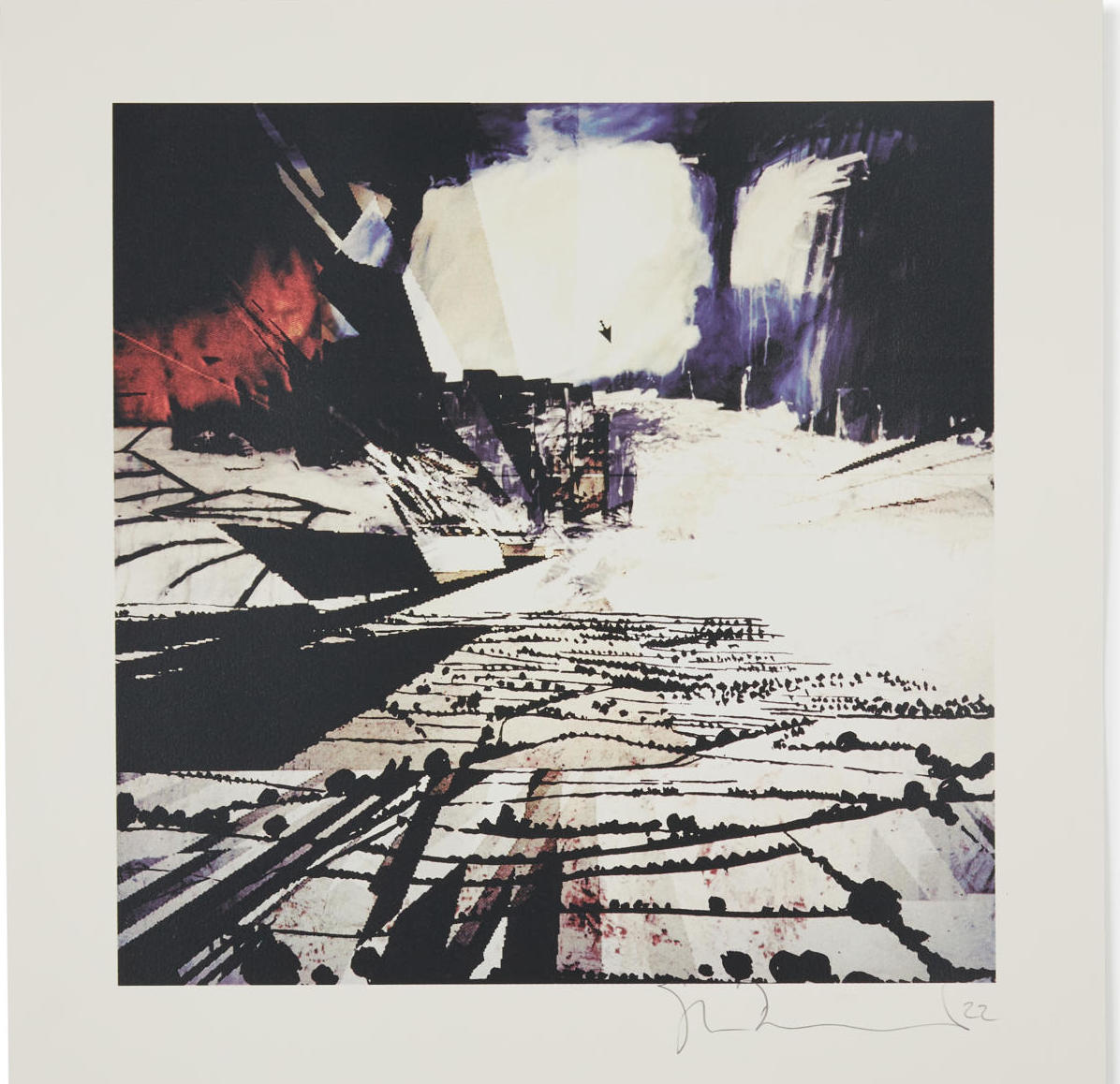 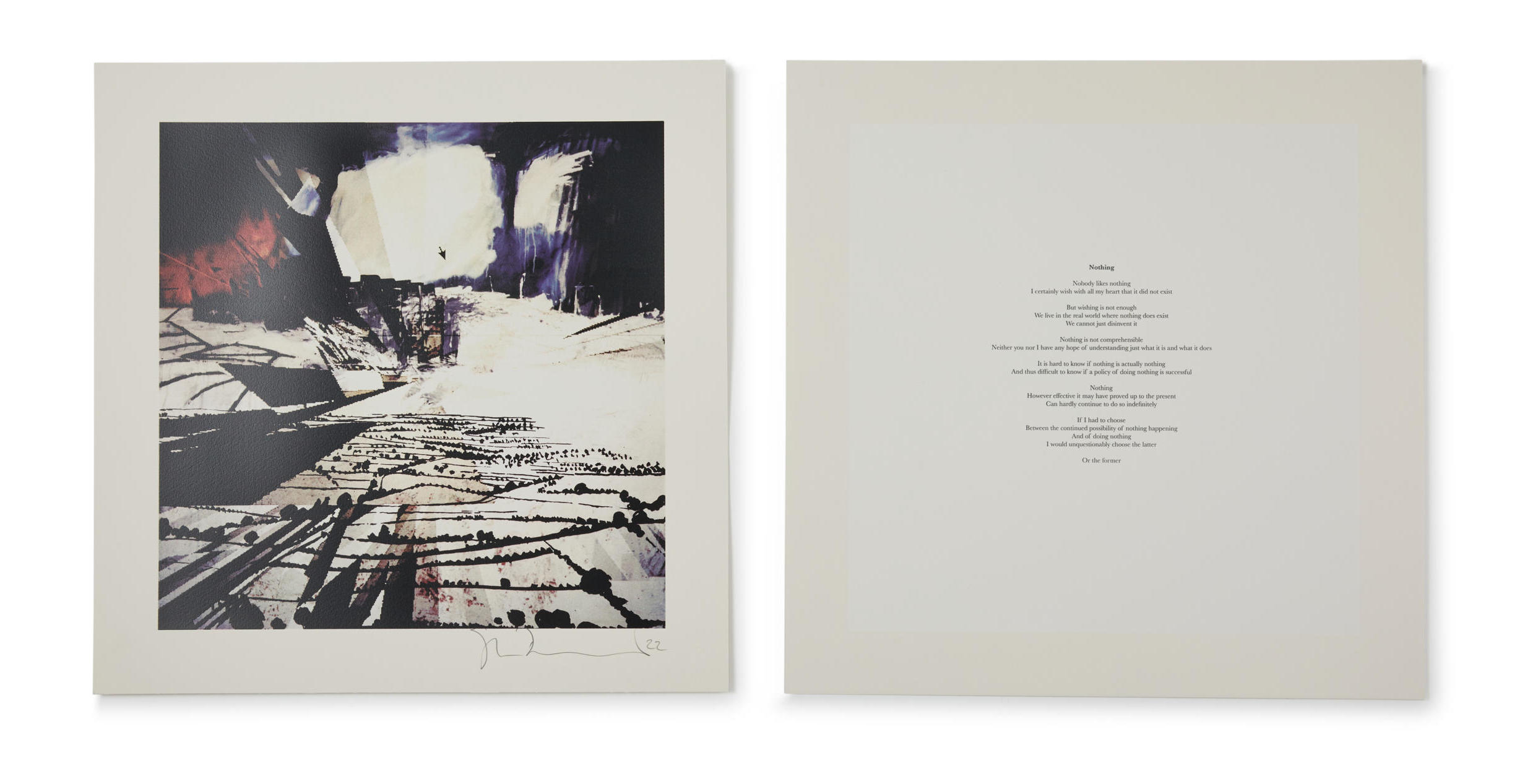 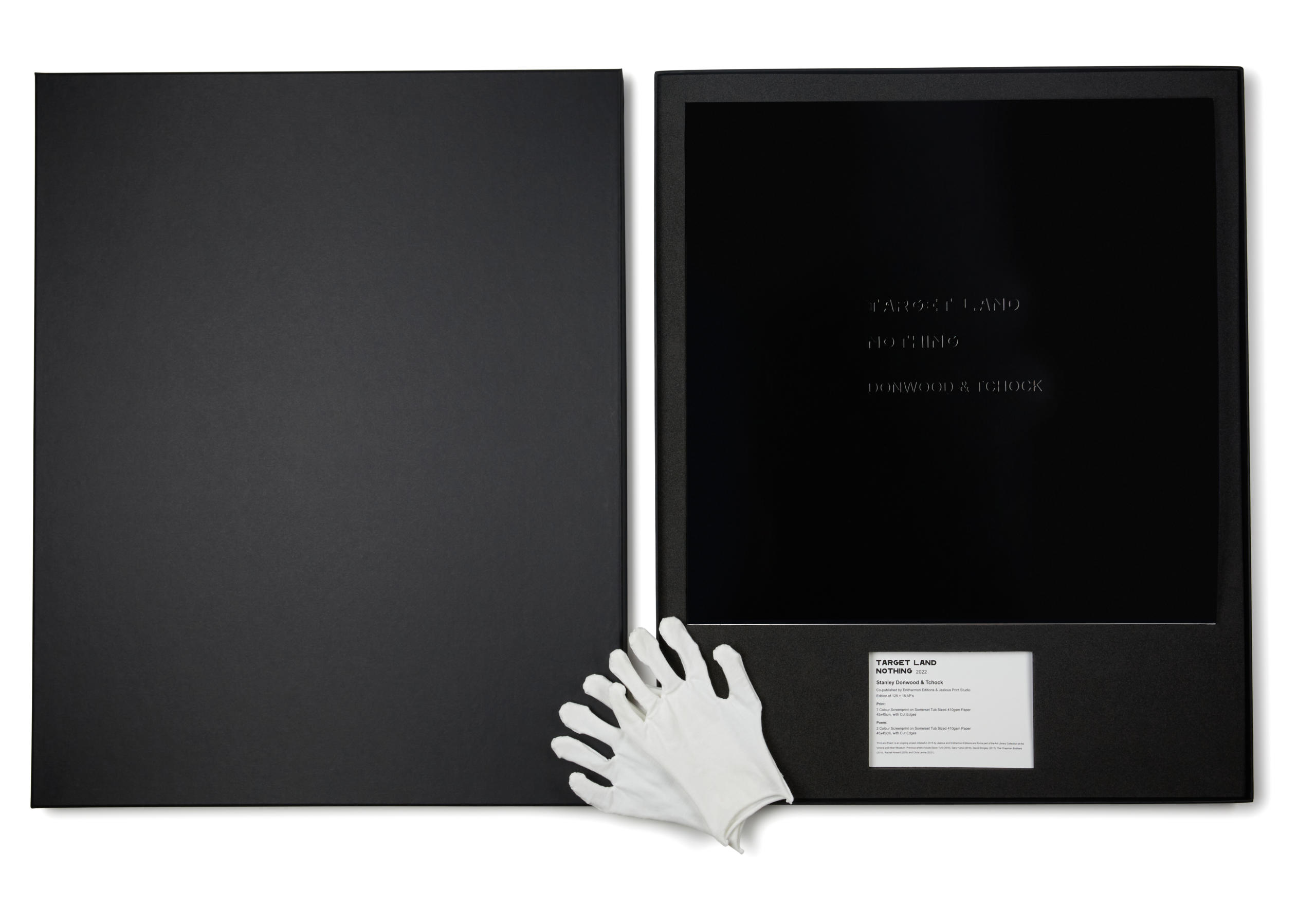 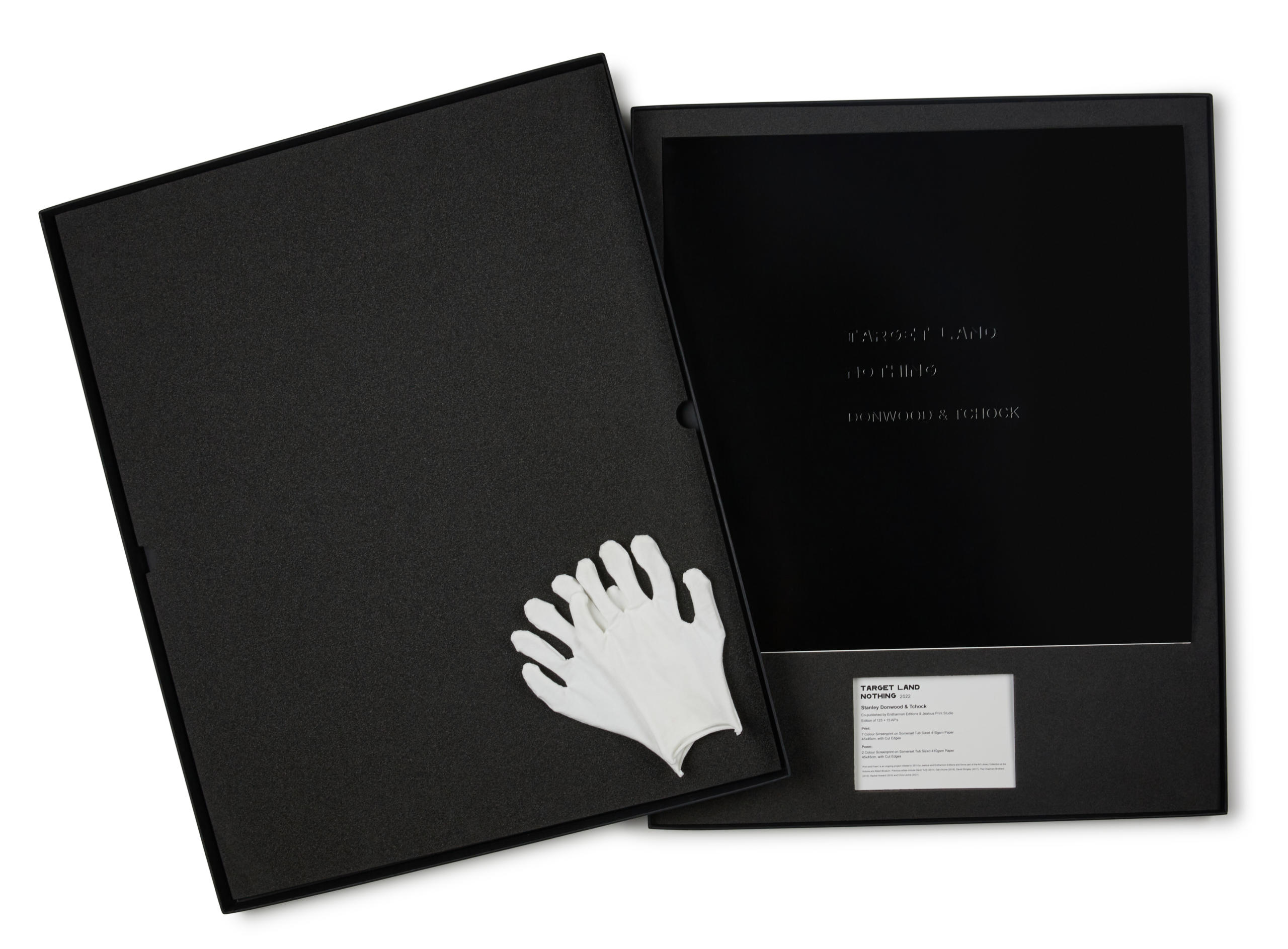 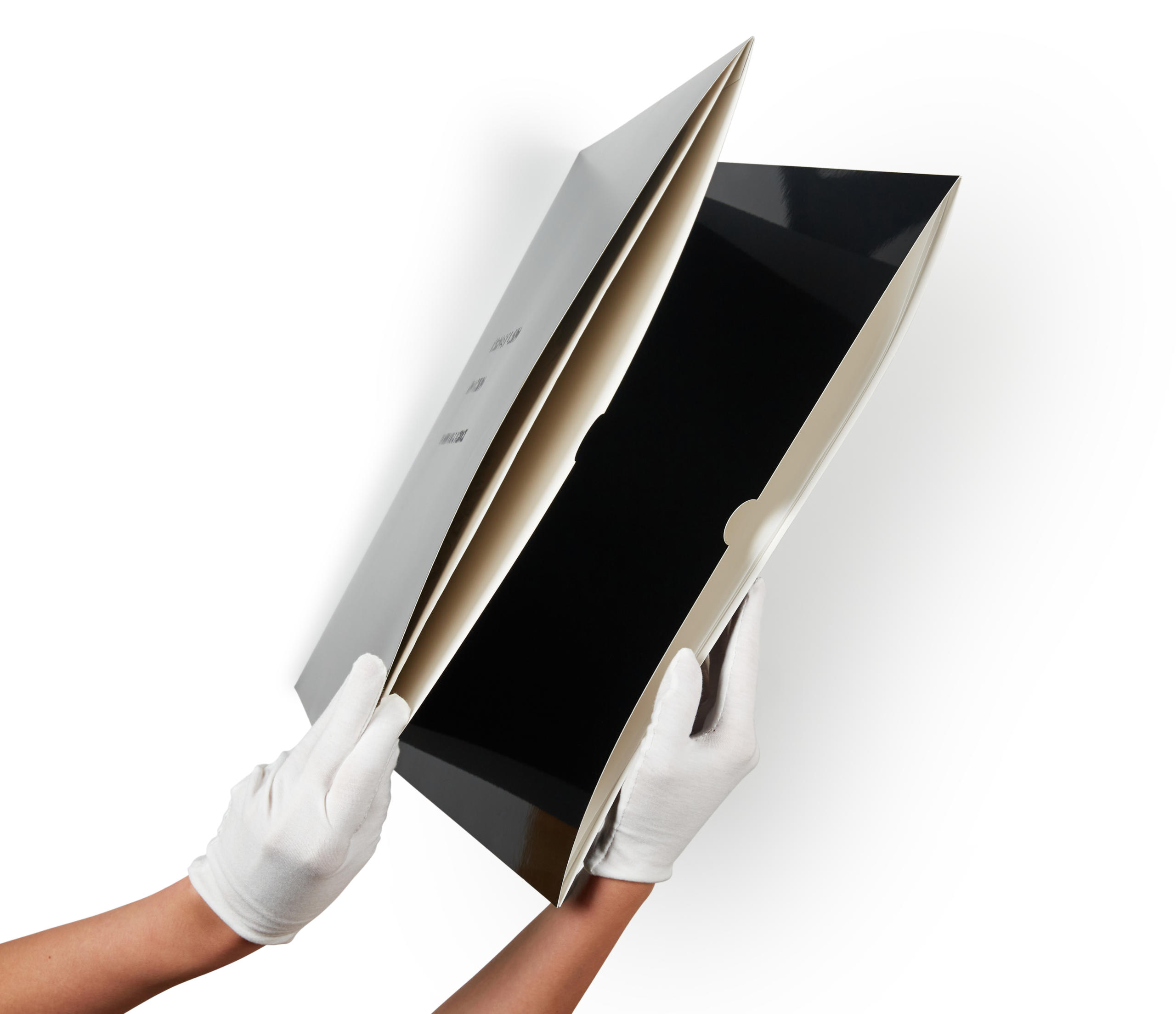 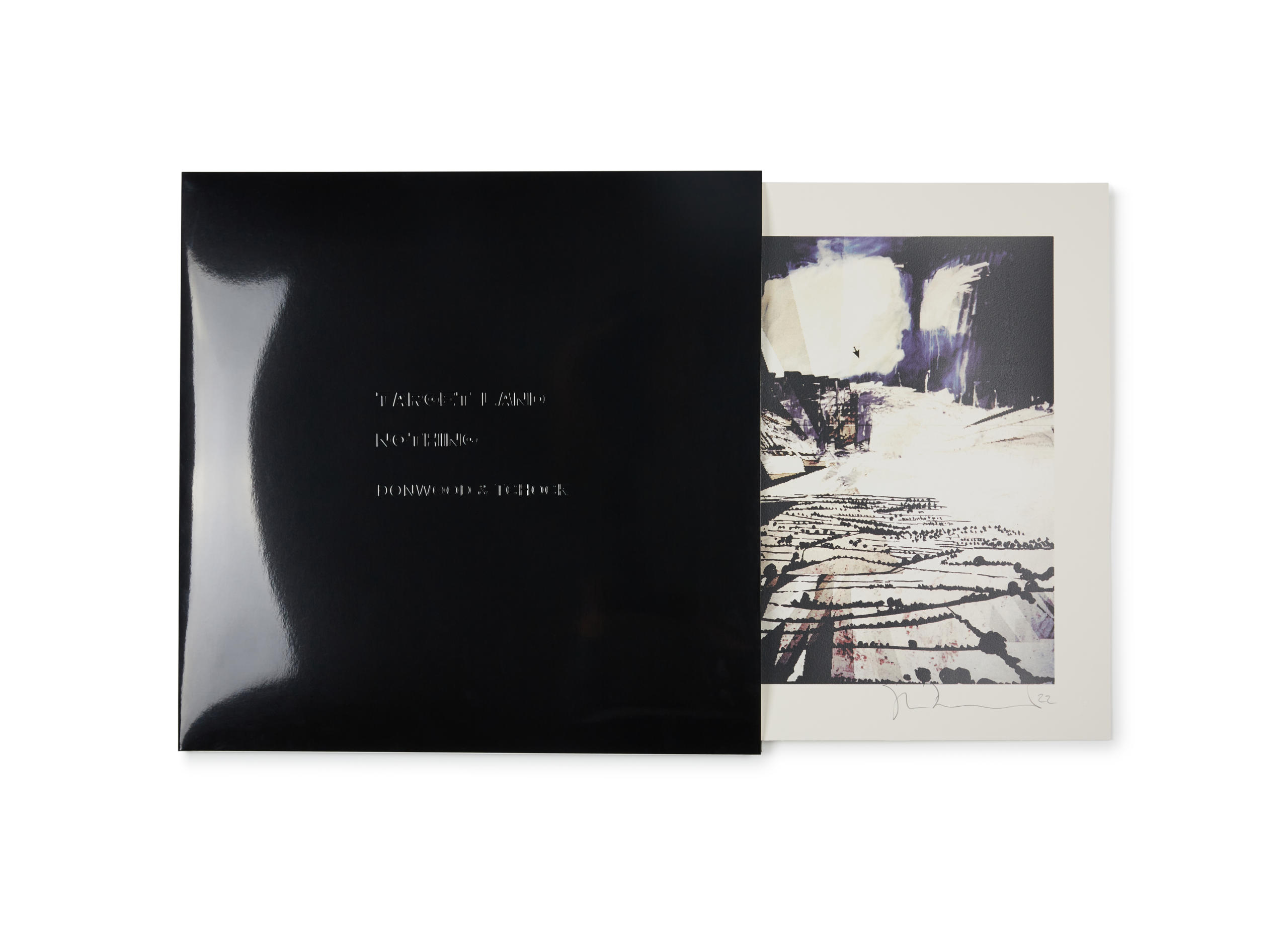 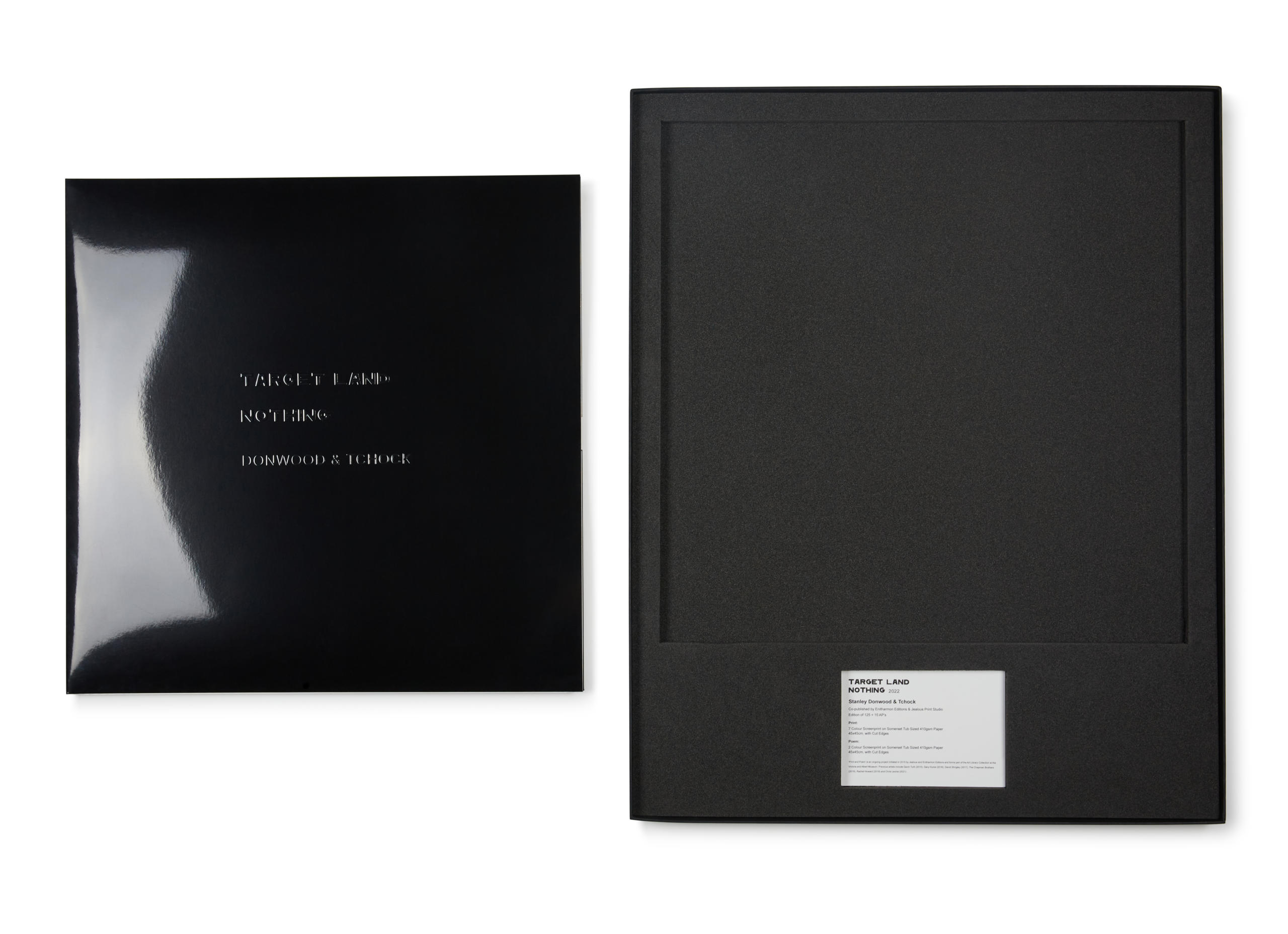 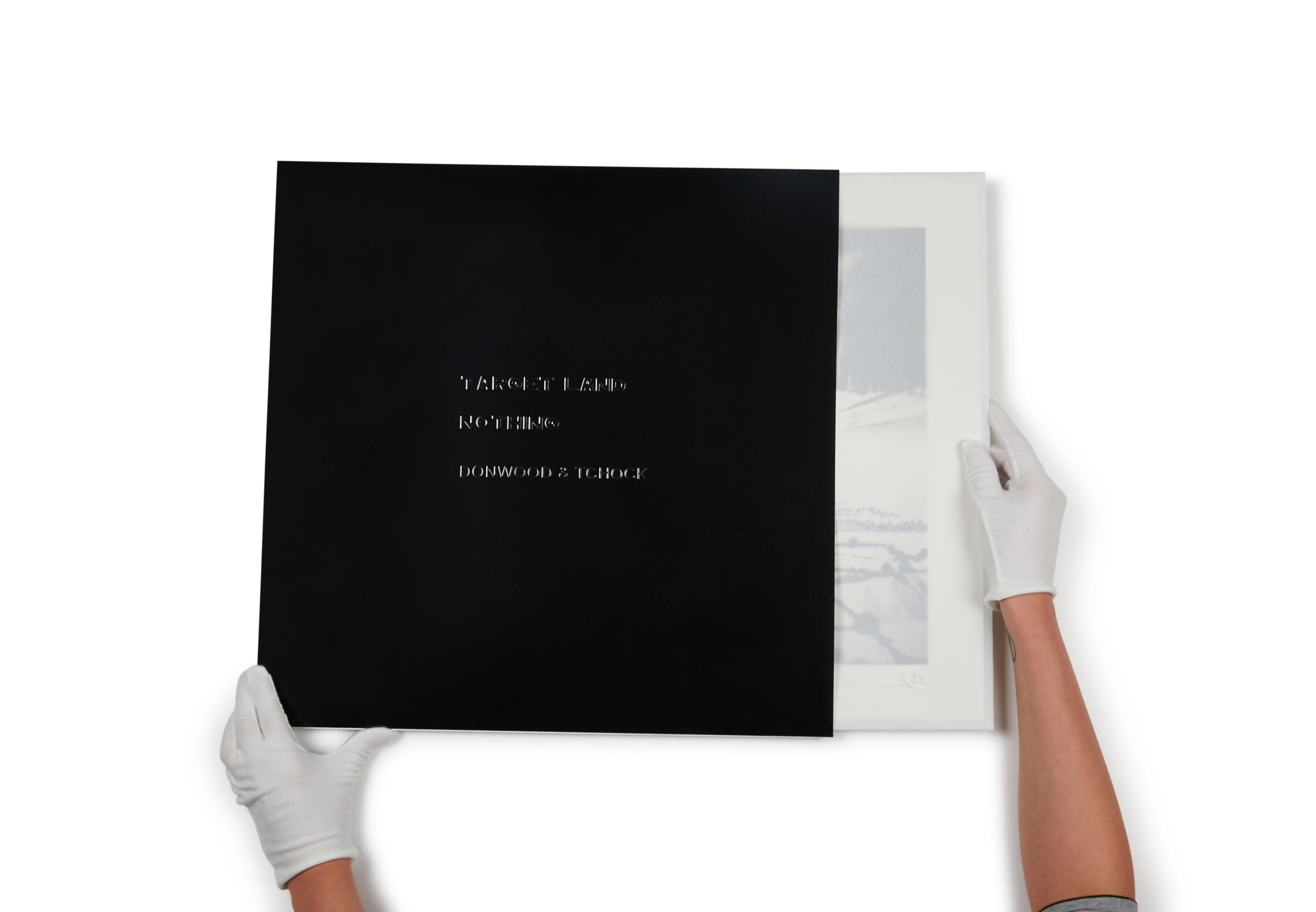 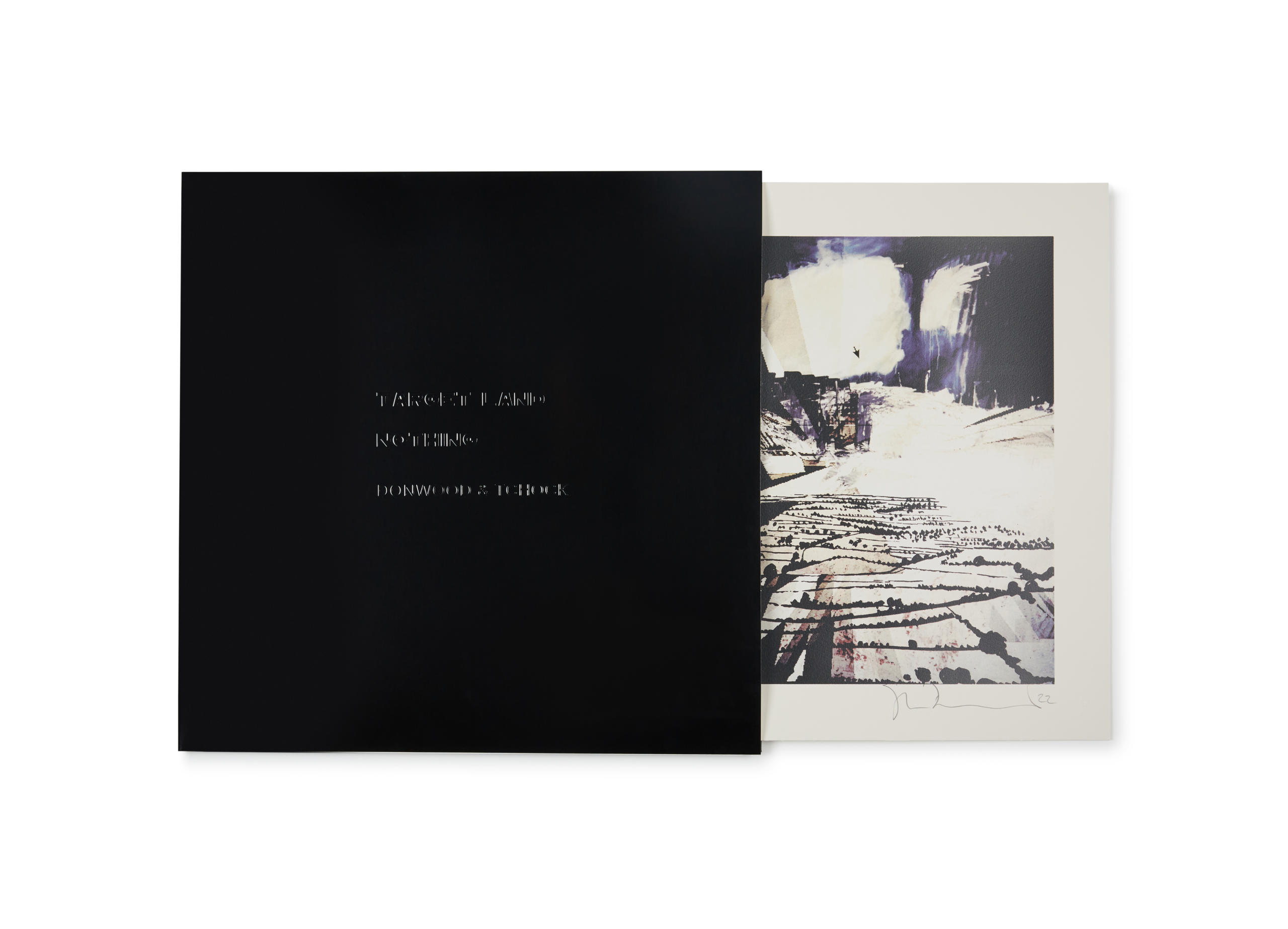