Under the Same Moon: Edward Thomas and the English Lyric

Under the Same Moon: Edward Thomas and the English Lyric

A hundred years ago Edward Thomas was killed in the Battle of Arras (April 1917). The reputation of his poetry has never been higher. Professor Edna Longley has already edited Thomas’s poems and prose. She now adds to the growing field of Thomas studies, with this close reading of Thomas’s poetry. Longley places the lyric poem at the centre of Thomas’s poetry and of his thinking about poetry. Drawing on Thomas’s own remarkable critical writings, she argues that his importance to emergent ‘modern poetry’ has yet to be fully appreciated. Thomas, as a leading reviewer of poetry in the early 1900s, was deeply engaged with the traditions of poetry in the English language, as well as with contemporary poetry.

Under the Same Moon takes a fresh look at Thomas’s relation to the Romantic poets, to Great War poetry, to Robert Frost, to W. B. Yeats. By making detailed comparisons between their poems, Longley shows how the aesthetics of Thomas and Frost complement one another across the Atlantic. She argues, perhaps controversially, that we should also think about Great War poetry from the perspective of Thomas as ‘war poet’ and critic of war poetry. And she suggests that to focus on Thomas is to open up poetic relations in the ‘Anglo-Celtic’ archipelago. Under the Same Moon is also a study of lyric poetry: its sources, structures; the kinds of meaning it creates. Longley asks what exactly happened when, in December 1914, Thomas morphed from a prose-writer into a poet; and she therefore approaches the lyric from a psychological angle by comparing Thomas with Philip Larkin. 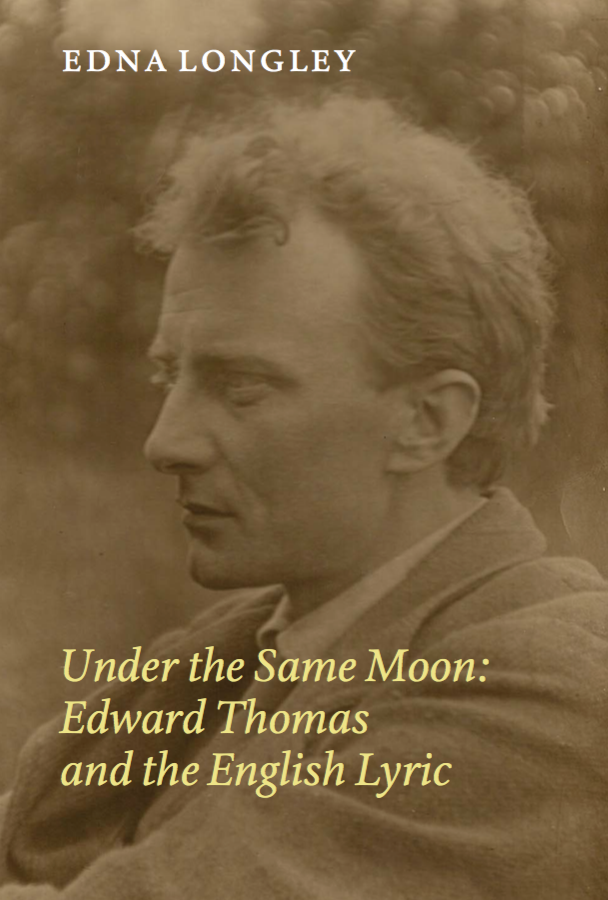