The Castle of Perseverance

It is perhaps the accidental collaborations that can prove the most imaginative and charming, as in this beautifully conceived artist’s book bringing together the Pulitzer-prizewinning poet Paul Muldoon and one of his artistic heroes, the eminent American painter Philip Pearlstein, long revered as one of the modern masters of figurative art. Sparkling new sequences of poems accompany lively watercolours which, as the artist explains, are ‘mostly of terra cotta objects…vessels and fragments of gods, goddesses, and demons from various ancient cultures.’

In his introduction Paul Muldoon sets the scene: ‘When I’d first asked Philip Pearlstein if he might be interested in going in with me on a collaborative project I had no idea that he was already making these pieces [watercolors of assemblages drawn from his many collections of artefacts, bric-à-brac, and other bits and bobs]. I was immediately fired, however, by the gay gallimaufry each exhibits. These are juxtapositions that are at once jolting and just. The problem now had to do with how I might “respond” to the watercolors without being hopelessly literal-minded; one solution seemed to be to try to write a series of poems that would offer their own versions of the concept of the hodgepodge, starting with Howard Carter’s account of the opening of Tutankhamun’s tomb and crossfading to my childhood home in County Armagh with its parlor that seemed to be decked out less for our day-to-day lives than as an anteroom to some afterworld.’

In telling the story of his own compulsive collecting, Philip Pearstein adds ‘I deeply appreciate Paul Muldoon’s parallel musings that accompany my assemblages. I like that Paul’s poetry does not echo the imagery of my watercolors. I find Paul’s writing to be richly humorous, especially the last section about the artichokes and truffles.’

The de luxe edition of The Castle of Perseverance consists of 50 specially bound copies signed by Paul Muldoon and Philip Pearlstein. With each copy are two signed and numbered lithographs: Han Warriors on Horseback in My Studio (36.5 x 28cm) and Indonesian Marionettes in My Studio (36.5 x 28cm). The lithographs are printed on 300 gsm Somerset White Velvet at Paupers Press in London. The presentation cases have been made by The Fine Book Bindery. The regular edition consists of 400 hardback copies. 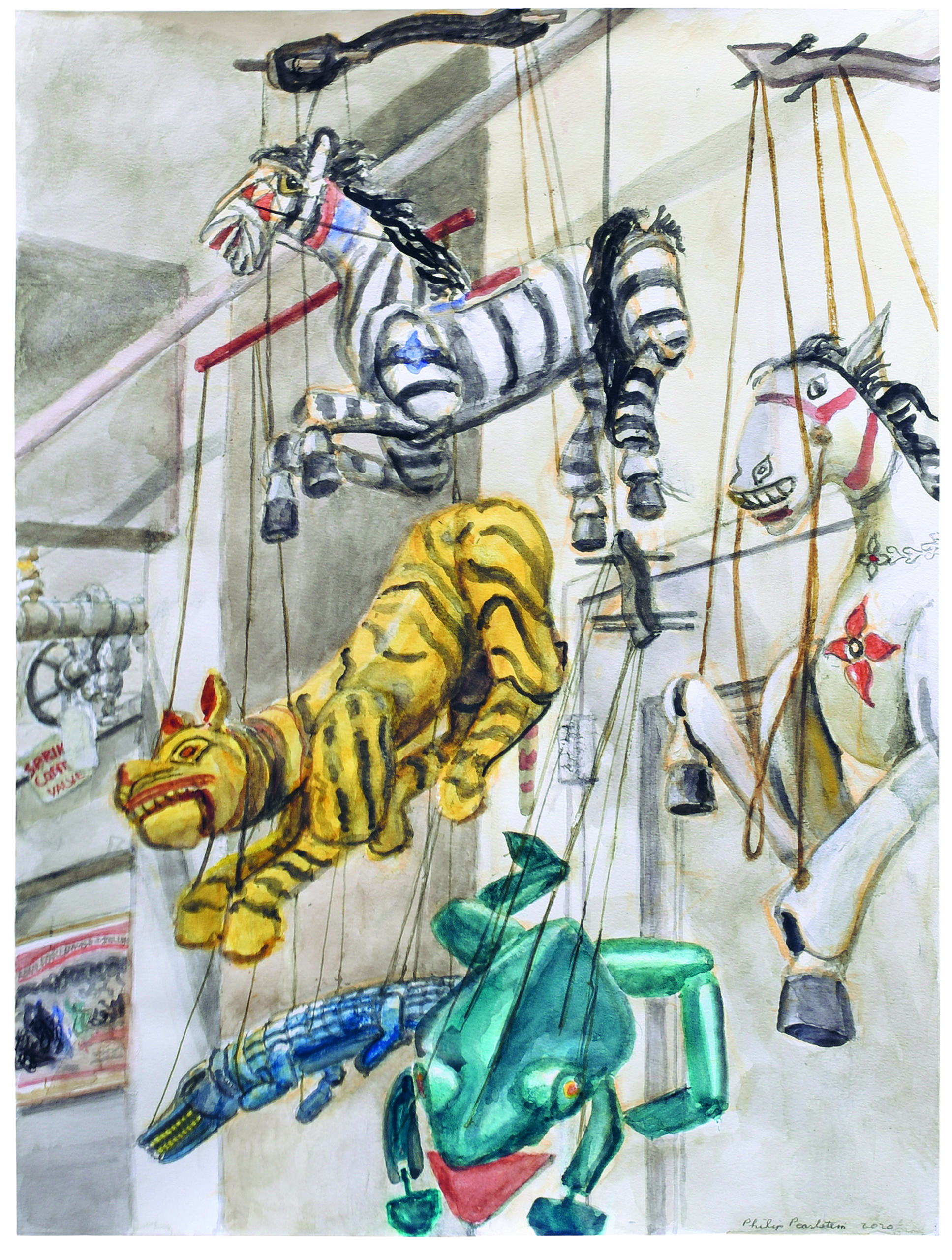 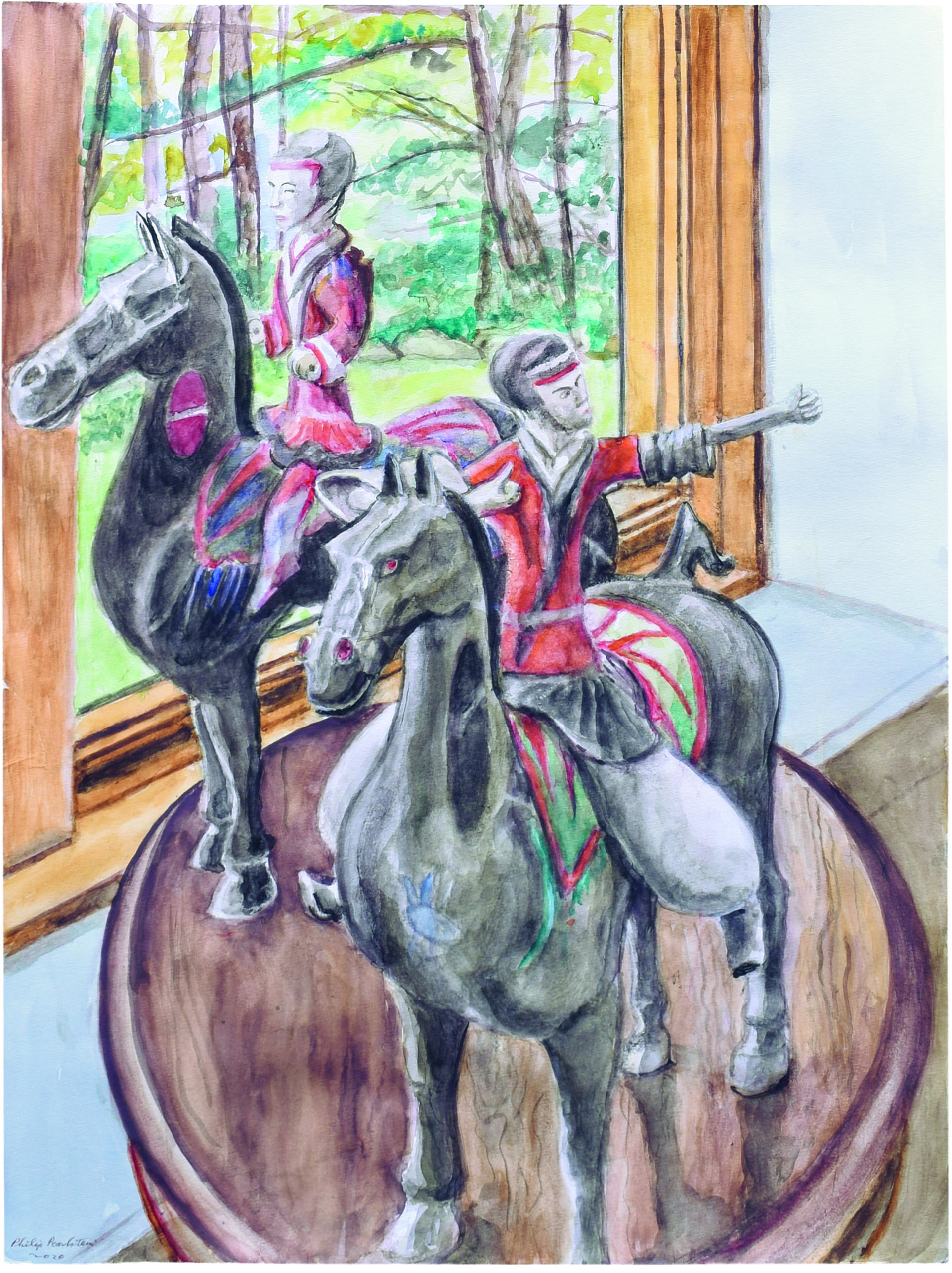 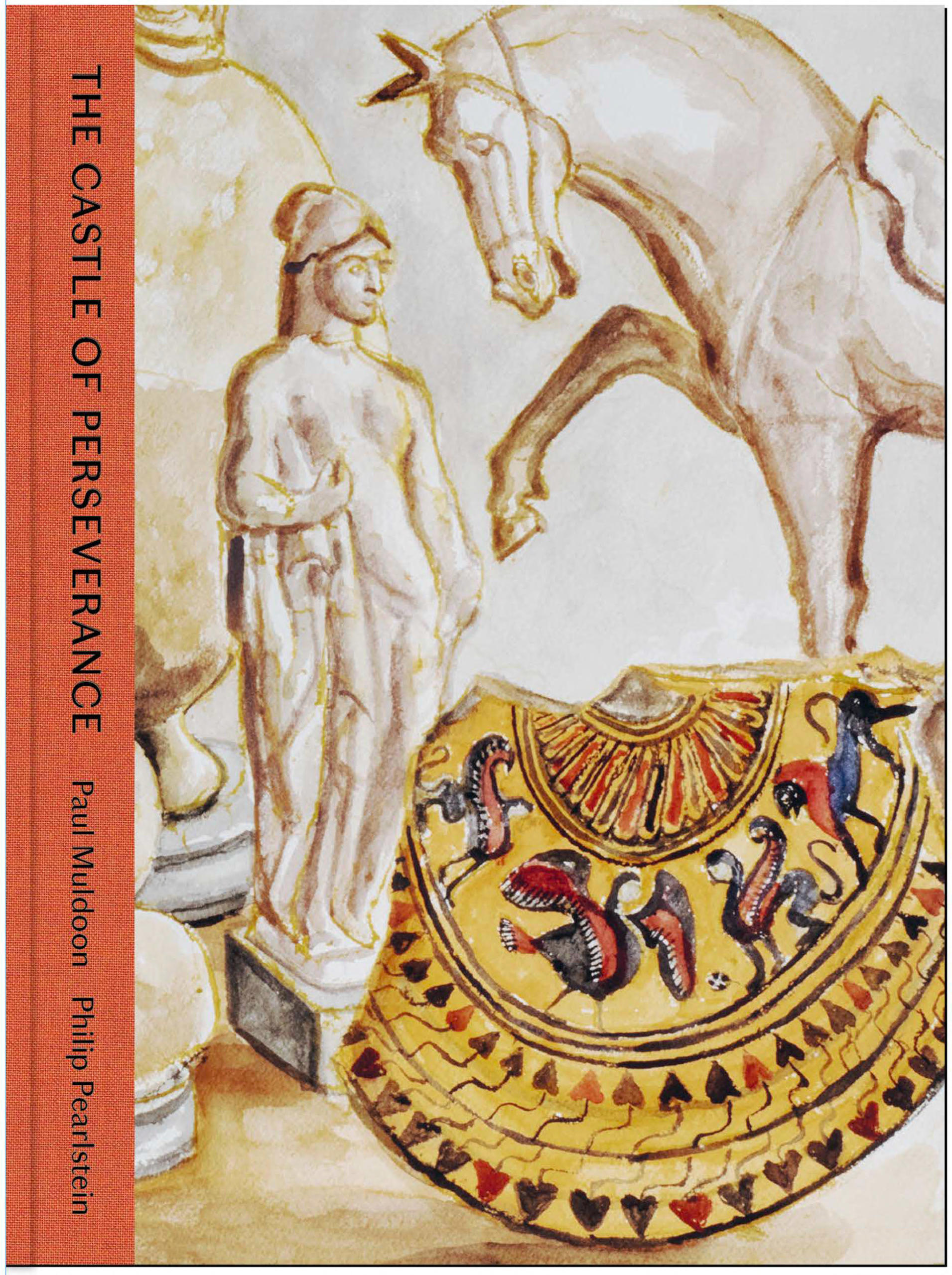 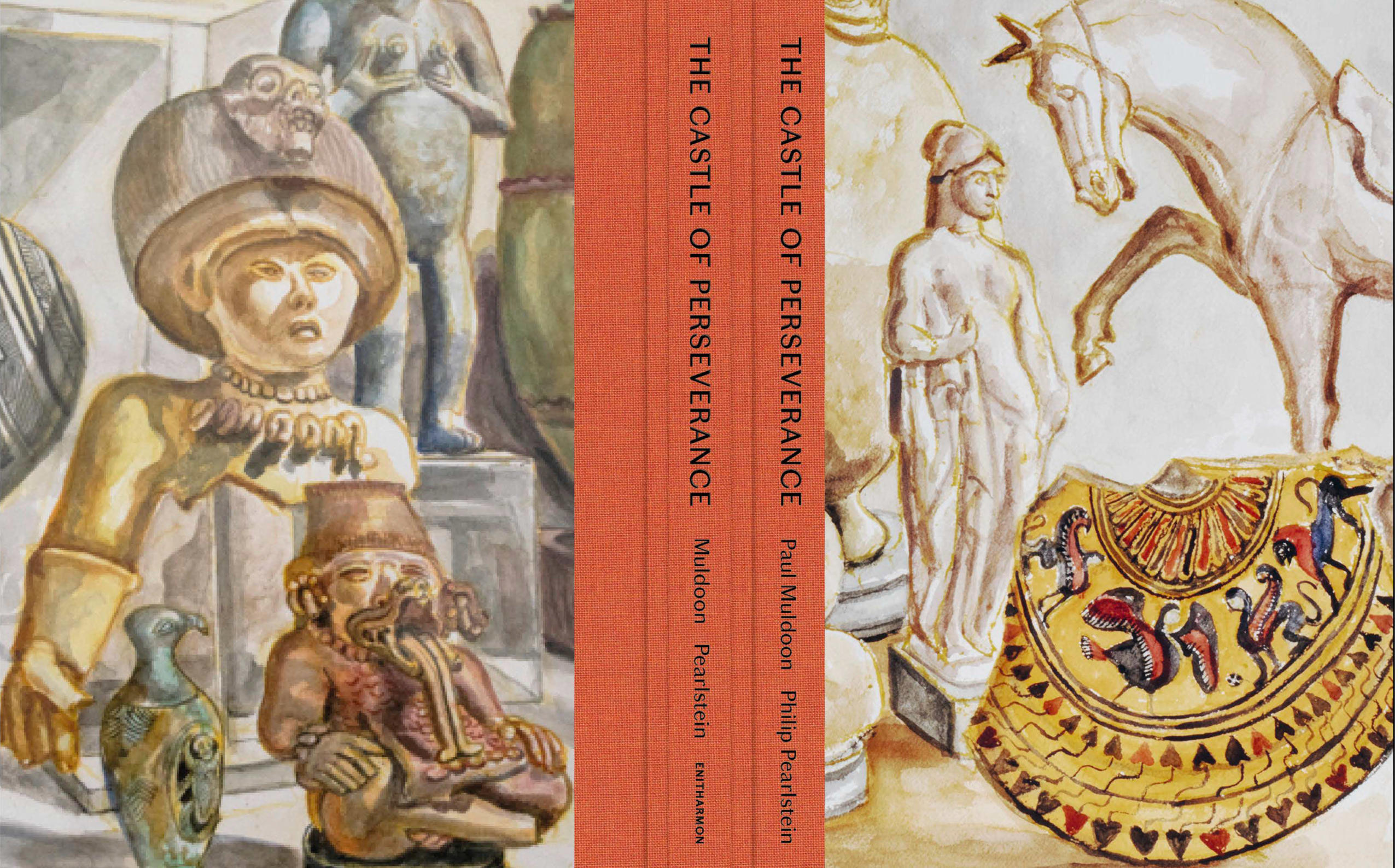